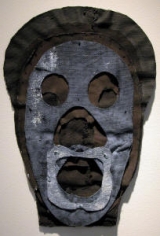 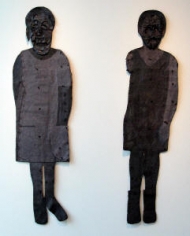 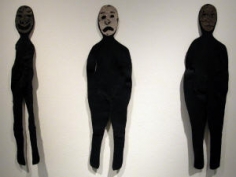 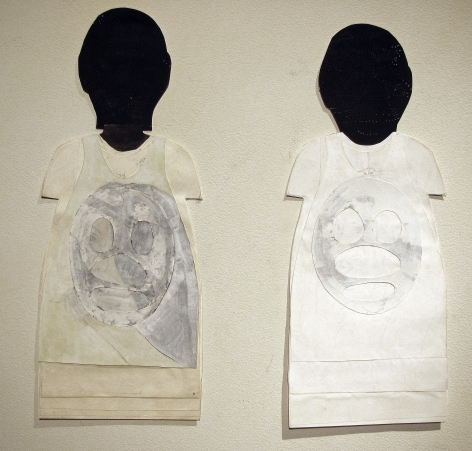 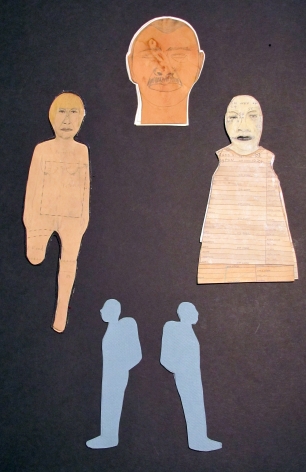 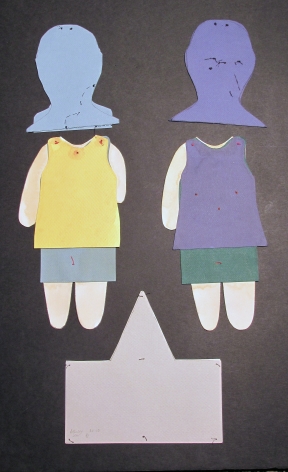 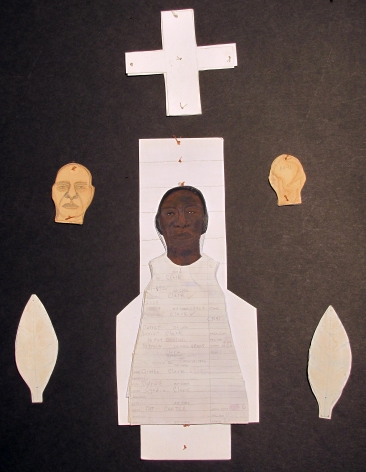 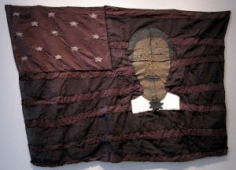 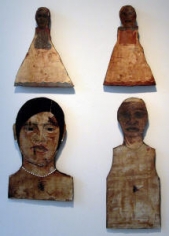 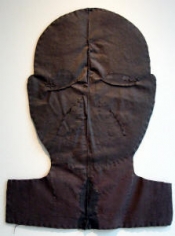 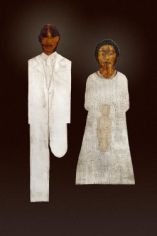 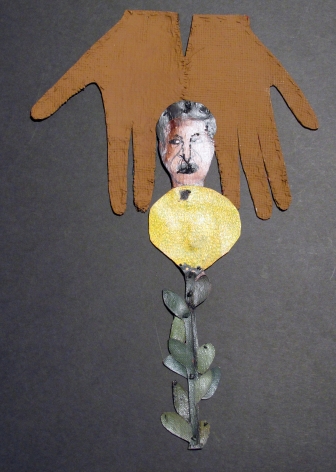 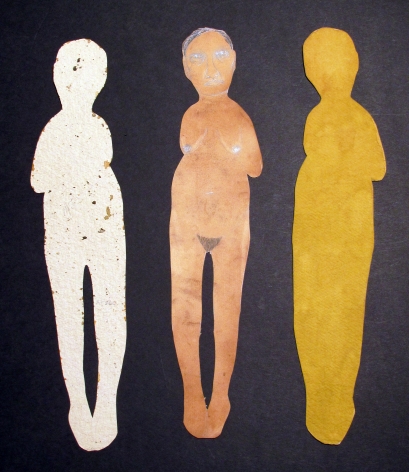 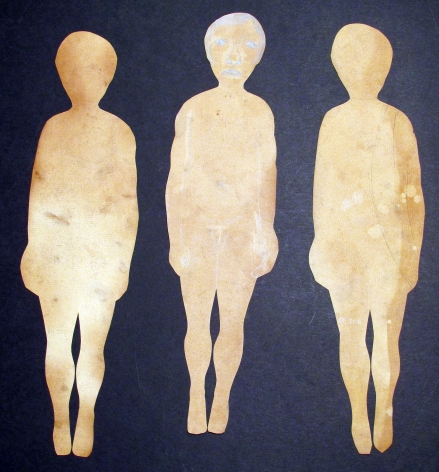 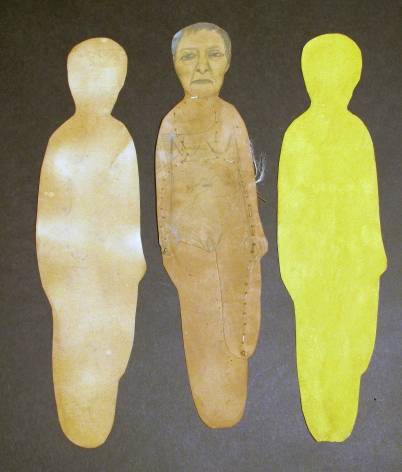 Pencil and stitched thread on paper 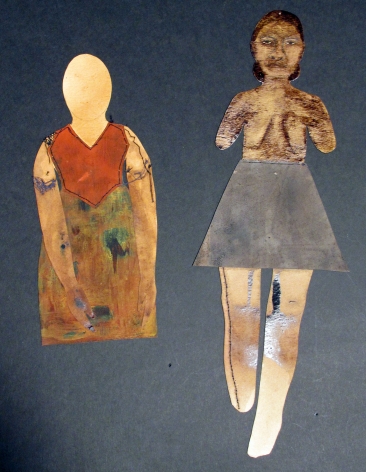 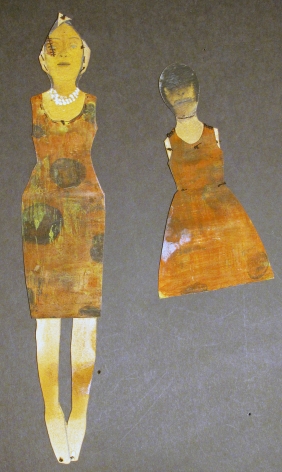 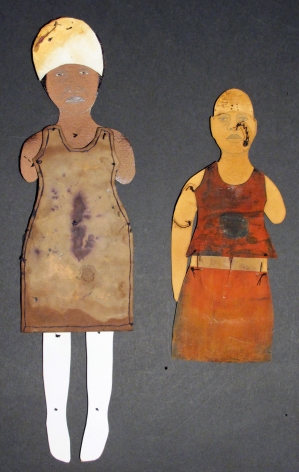 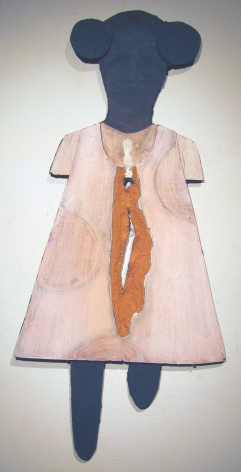 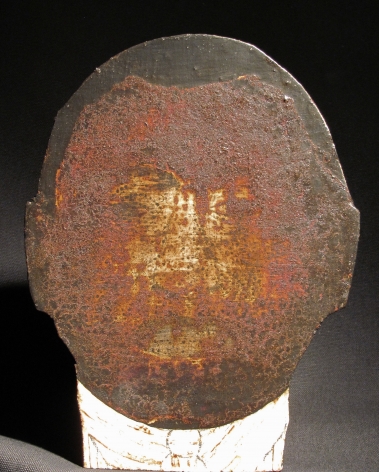 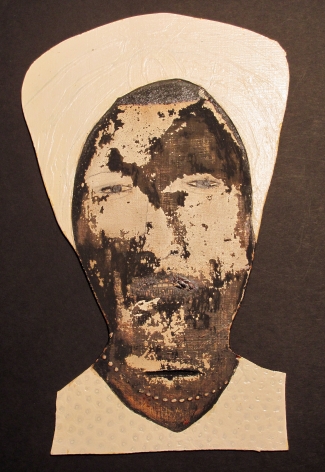 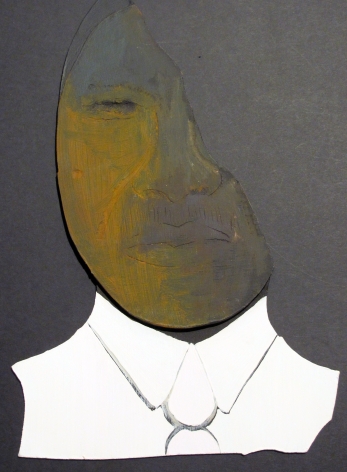 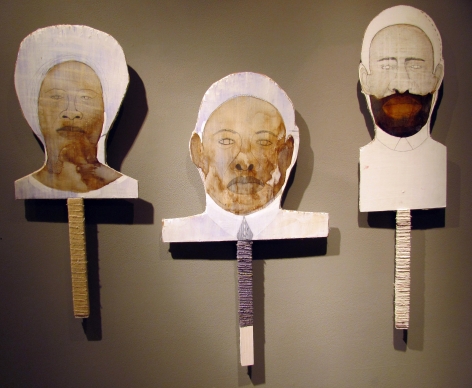 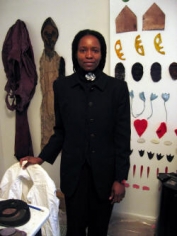 The Carl Hammer Gallery proudly introduces the multi-media artwork of Alicia Henry in her first solo appearance here.  An Illinois native, Ms. Henry received her B.F.A. from the School of the Art Institute, then she received an M.F.A. from Yale, and she has gone on to garner numerous awards and grants from different foundations including the Ford Foundation and the John Simon Guggenheim Foundation.  She has had exhibitions at the Cheekwood Museum and the Frist Center for the Visual Arts.  Ms. Henry now teaches art at Fisk University in Nashville, Tennessee.

The most common element in all of her work is her affinity for studying the human figure and representing it as a means of exploring the tensions between our physical, psychological, and social selves.  And although Henry often depicts faces as mirrors of identity, she is not a typical portrait artist, who might seek to reveal an underlying psychological truth about the subject by emphasizing his or her unique features and expressive posture.  Henry is more an anti-portraitist, who depicts the exterior façade as a shield protecting aspects of the self that will always remain hidden beneath the surface, or that may indeed be absent.

Alicia Henry’s sometimes impassive and often frightening figures evoke certain carved African masks, particularly those whose features are frozen into a symbolically weighted and monumental facial conformation.  In traditional tribal usage, such objects are employed ceremonially; the wearer is believed to be literally transformed by the mask into the deity or spirit that it embodies.  Ms. Henry does not ascribe such animistic powers to her works; nevertheless, she does seek to imbue each of her faces and figures with a unique persona and a sense of human presence that hides beneath its expressionless surface.[i]

This current body of new work especially explores the complexities and contradictions surrounding familial relationships and well as societal differences and how these differences affect the individual (specifically female) and group responses to themes of Identity, the Body, and Beauty.

Art of Tennessee, Frist Center for the Visual Arts, catalogue 2003

Recycling Paper: Not Just for the Environment, review by Helen A. Harrison for the New York Times Jan 5, 2003